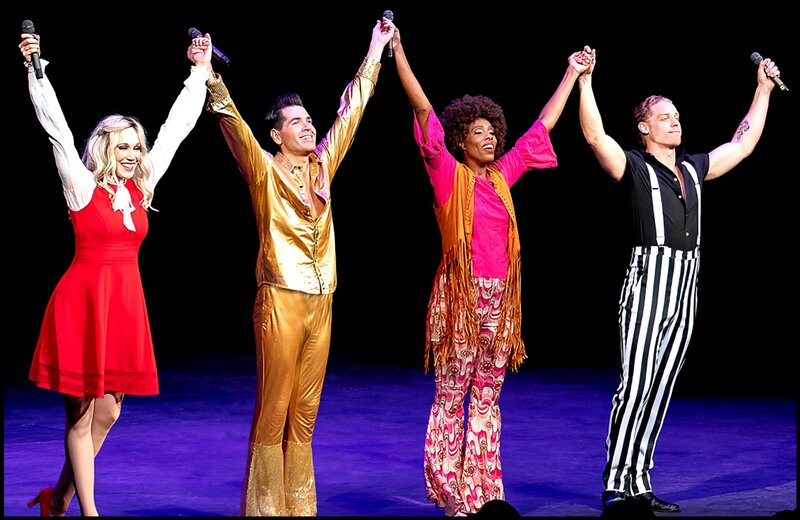 This is some of the most popular music ever recorded.

From Las Vegas-based Chapquist Entertainment comes a spectacular musical revue celebrating four of the most iconic singing groups known for their vocal harmonies.

Yesterday Once More features instantly recognizable hits ranging from The Carpenters’ “Close To You,” ABBA’s “Dancing Queen,” The Mamas and Papas’ “California Dreaming” to The 5th Dimension’s “Up, Up And Away.”

The looks, the voices and the great songs are performed by four dynamic singers/dancers whose lush vocal interpretations are featured as ensemble as well as
individually.

Chapquist Entertainment is known for their critically acclaimed, sold-out musical productions that have performed worldwide at arenas, theaters, showrooms and luxury cruise lines.

Along with his production partners, Motown producer George Solomon and choreographer Paul Holmquist, Michael has created musical revues that appeal to all ages. Their shows have appeared extensively throughout the USA and also in sold-out tours through Australia, New Zealand, Canada, the United Kingdom and Kuala Lumpur.