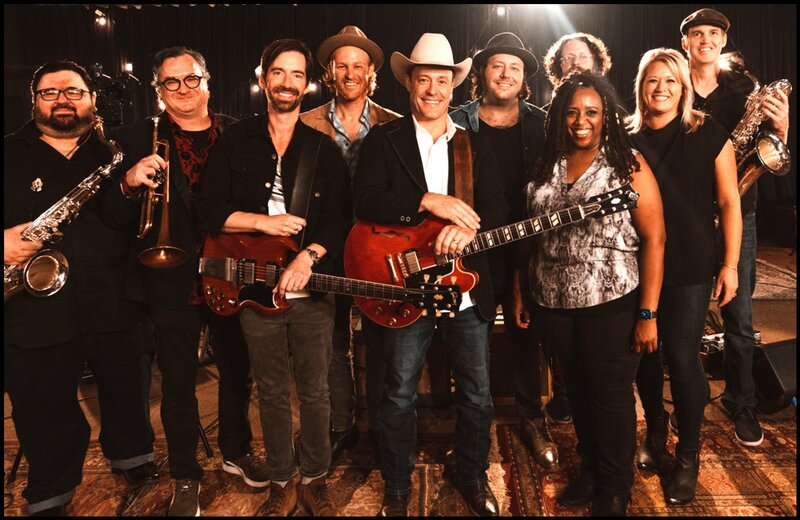 Could a working cowboy from deep West Texas really be a rock-and-soul roots funk master, educated by the blues? The answer is embodied in singer, songwriter, and guitarist Seth James.

“When you see Seth, with his cowboy hat and boots, you expect music like you’d get from George Strait,” said Sharon Brass, The Barnhill Center producer. “But Seth delivers a soul, R&B and blues sound that is more reminiscent of Texan Delbert McClinton.”

His shows often include up to 10 additional musicians to accompany him instrumentally and vocally. His own signature guitar playing stands out among the best in the industry.

James grew up on his family’s ranch in King County, so he wasn’t inundated with pop and country music like other 90’s teenagers. He was isolated and, if he wanted music, he had to dig. “There’s not a radio on a horse,” James said with a laugh.

He found Muddy Waters, Lightnin’ Hopkins and Booker T at an early age, and that music moved him. He studied Delbert McClinton who later became his friend and mentor – the two blues artists have toured and written songs together.

Both James and McClinton grew up close to Lyle Lovett and Lee Roy Parnell. These relationships helped James understand that someone with ranching roots could actually do something other than country music.

Once James found a sound entirely his own, he quickly became a noted performer. His songwriting skills were honed by years of professional writing for Warner Chappell Music where he collaborated with Chris Stapleton, Delbert McClinton and other greats.

With a collection of original songs, James emerged on the Texas music scene as a solo artist in 2009 with the release of his first album, “That Kind Of Man.”

In 2010 he formed The Departed band with his friend Cody Canada and other renowned artists. In 2011 they put out their first album together, “This Is Indian Land.”

The Departed released their second album in 2012 entitled “Adventüs” that included numerous songs written and primarily sung by Seth James.

Both of these albums landed in the top 20 on Billboard’s Country Albums chart, and the band became known as one of the premier acts of the Texas/Red Dirt scene.

Three years later, James left The Departed, simply because he missed playing his own sound he’d worked so hard to find.

In total, James has released three solo albums with his own band. The most recent, entitled “Different Hats” in 2021, features guest artist Lee Roy Parnell who still performs with James quite often. The album has been critically acclaimed for its masterful storytelling with irresistible funky groves.