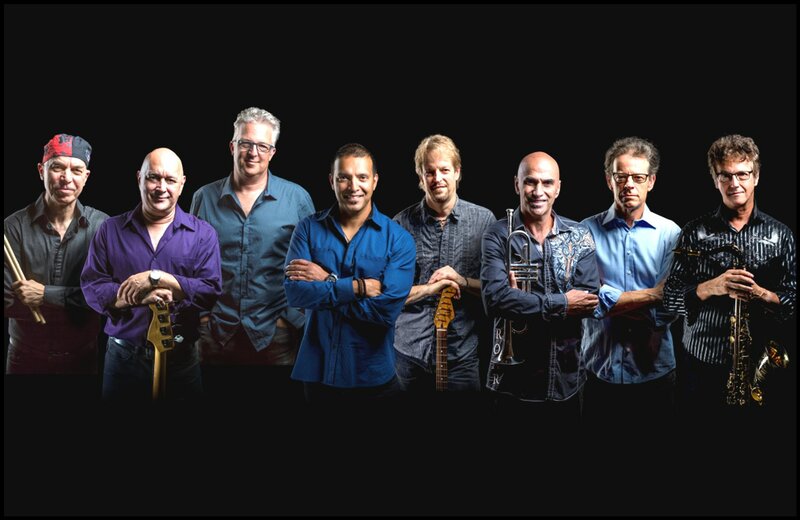 This is a dynamic, crowd-pleasing powerhouse, and the world’s foremost tribute to the multi-platinum songbook of Chicago.
“Brass Transit goes far beyond just replicating the songs,” said Sharon Brass, The Barnhill Center producer. “They embody Chicago’s music in every detail, which is a difficult feat on such complex arrangements.”
You’ll hear all the big Chicago hits including “Saturday In The Park,” “If You Leave Me Now,” “(I’ve Been) Searchin’ So Long,” “Does Anybody Really Know What Time It Is,” and “Just You And Me.”
Chicago was formed in 1967 and became in instant hit in America’s Pop and Rock culture. They were unique as the first band to incorporate a big-band sound into Rock ‘n Roll music, using a strong horn ensemble. They became one of America’s most successful musical groups, releasing 38 albums and selling over 100 million records.
Brass Transit was formed in 2008 by a group of eight accomplished award-winning artists, one of whom is part of the original Chicago band that still performs.
Since then, Brass Transit has steadily toured North America, dazzling audiences with their flawless performances. Most often, they play to large crowds and sometimes accompanied by symphonies and orchestras.
Their popularity is demonstrated by their busy tour schedule. Brass Transit is in demand for concert appearances equally as much as the original Chicago,
They recently produced their first (self-titled) album that includes hits by other top Rock artists, with horns in the Chicago style. The result is a delightfully fresh attitude on songs by Rare Earth, The Guess Who, Jackson Browne, Skylark, Gino Vannelli and Todd Rundgren.